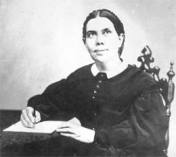 In 1863 the General Conference was organized, thus gathering into one organization a number of local conferences which had been created by that time.  This set the Advent movement on a coordinated, organized course.﻿

In fulfillment of the divine plan, the Advent Movement began its prophetic journey toward the kingdom in the year 1844.  Few in number, often with unhappy memories of having been cast out of their churches because they had accepted the Advent doctrine, the Movement's pioneers walked uncertainly at first.  They were sure of the doctrines they held, but unsure as to the form of organization, if any, that they should adopt.  Indeed, most of them so sharply remembered how strong, well-organized church bodies had used that strength to oppose the Advent truth, that they instinctively feared any centralized order and government.  Nevertheless, certain pioneer leaders saw with increasing clarity that some kind of government was imperative if good order was to prevail and the Movement grow strong.  Their conviction was greatly strengthened by messages coming from the pen of Ellen G. White.

The result was that in 1860 a church name, Seventh-day Adventist, was chosen and a legal body created to hold church property.  This was followed, in 1861, by organization of our first conference, Michigan.  This involved the organizing of local churches, with the members signing a church covenant, and the organizing of the various churches into one united body to constitute what is now called a local conference.  Action was also taken to give identifying papers to the ministers, thus protecting the churches against imposters who might seek to prey upon them.